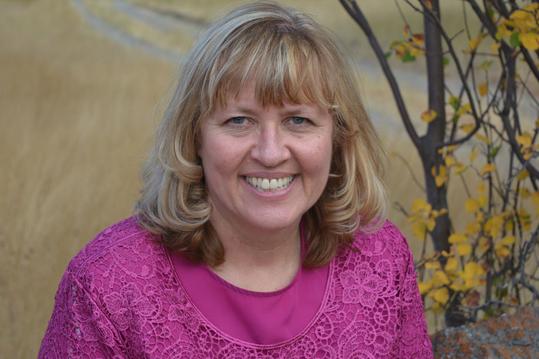 With twists and turns galore, Ronda Gibb Hinrichsen's romantic suspense ​novels reflect her signature mix of great characters, swoony romance, and intriguing suspense. She has also had dozens of fiction and non-fiction published in magazines and internet venues. She is a member of SCBWI and Storymakers, and she worked for a combined total of fifteen years on the boards of the Storymakers and The Teen Writers Conferences.

Ronda Gibb Hinrichsen has always been a writer. In fact, on her tenth birthday she received a typewriter, finally making it possible for her to officially plunk out her stories. But it was not until she was in the sixth grade that her desire to become a writer became her life’s goal. At that time, her teacher was reading S.E. Hinton’s The Outsiders to the class, especially the part where Hinton’s character, Johnny, urged another character, Ponyboy, to stay “gold” (Hinton 178)*. That’s when Ronda Gibb Hinrichsen realized she wanted to be an author when she grew up. She also wanted her own novels to do what The Outsiders did: encourage her readers to stay gold, or as she prefers to think of it, to hold onto the greatness within them.

From then on, she read a lot of books and studied the writing craft every chance she had. She eventually worked as a college radio station script writer, had her work published in magazines, and finally had her first novel published in 2009. Now, even with multiple publications under her belt, she still studies her craft through taking classes, reading a lot of books, and watching a lot of movies. Some of them multiple times, because she learns a lot from them, and because, well, they’re fun.