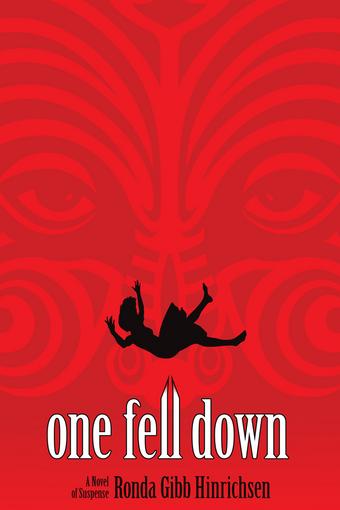 Disclosure: While buyers are not in any way affected, as an Amazon Associate I earn a small amount from qualifying purchases through this link.

When Mikaela York opens an anonymous blue sympathy card with the nursery rhyme “Jack and Jill” written inside, she doesn’t know what to make of it. But soon after, Mikaela and her fiancé are in a tragic car accident, resulting in her husband-to-be’s death. Then when Mikaela’s grandmother loses her life in a hiking accident one year later, an old man gives Mikaela another mysterious blue card at the funeral. After the service, Mikaela’s grandfather asks that she oversee the renovations on his bed & breakfast in New Zealand. When she arrives, Mikaela meets Tui Davies—the inn’s manager—and Brentin Williams, the man Tui expects her daughter to marry. Tui helps Mikaela retrieve a doll from the cellar vault, but the doll turns out to be an evil omen that Mikaela is told she must get rid of before someone is murdered. Meanwhile, the old man from the funeral is bent on revenge and is plotting against everyone who has ever wronged him, and Mikaela is next in line. But until she discovers the killer’s contact in New Zealand, whom can she trust? And while Brentin attempts to help Mikaela overcome her grief, she must decide—is she ready to love again?